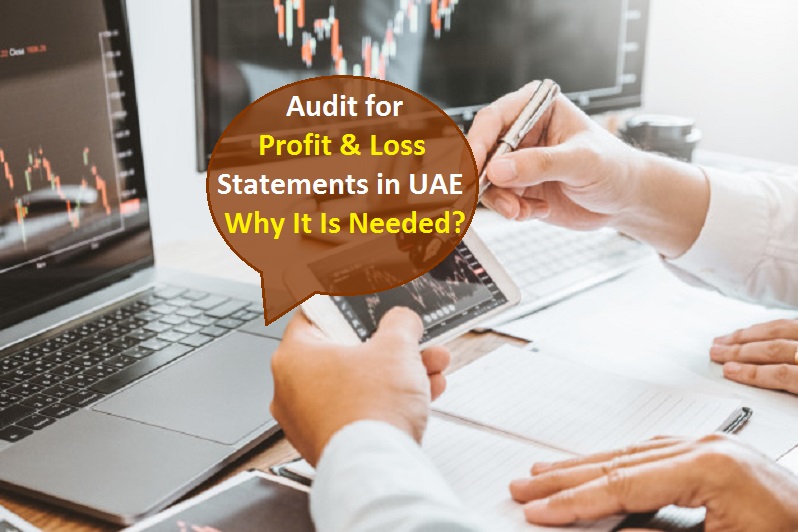 In the UAE, certified public accountants engage in various kinds of accounting practices. Among the fields that a CPA specializes in is auditing. Auditing that is associated to statements of profit and loss is some what different from tax returns examination that is often audited by CPAs in UAE. While an audit for tax returns is a very selective process conducted by tax authorities, a financial statement or profit and loss statement audit is necessary for all companies. In addition, there are lenders that require companies to present their audited financial statements so they can proceed with the funding and lending applications.

Audited profit and loss statements are examined in order to make sure that items for loss and profit are all being reported and are consistent with supporting transaction documents which are supplied by the business. The profit and loss statements that are in question are also checked if they use consistent accounting practices in comparison to those of the previous years. When the comparison of an auditor shows that methods are inconsistent for the latest financial statements, the auditor will discover the particular reason for the inconsistency and report findings to administration or company owners with an independent audit report.

Find more: What is the Difference Between a Qualified and Unqualified Audit Report?

Qualified auditors are certified public accountants that have completed their education and requirements in terms of experience in performing independent evaluations. When examining statements of profit and loss of businesses in UAE, auditors in Dubai are required in applying their expertise and knowledge as auditors. This means the independent opinion of auditors contains the soundness of the financial statements of a company and doesn’t express opinion on necessity or value of streams of expense and/or income. Nor will the statement create legal statements that are outside the generally accepted standards for auditing.

Read More: What are the Seven Parts that are Present in an Audit Report?

The appointment of the auditor is generally and ultimately with the approval of the board of directors of a company; however, the auditor is paid by the business itself. An audit committee has to take the responsibility in overseeing the independence and performance of an appointed auditor. The audit committee also recommends to the highest governing body of the company whether the reappointment would be put to shareholders’ annual general meeting. An audit committee is to review audit fees to assess that it is sufficient and competitive in ensuring a proper and high quality audit that is to be performed by an independent auditor.

If a company will be changing the independent auditor for a financial statement audit in UAE, then the audit committee has to take the role in recommending to those that are charged with governance on whether the appointment of an auditor is to be reassessed. If so, which firms are to be considered for taking on the role of auditor for financial statements.

The process of choosing a new auditor typically involves a competitive tender with multiple audit and accounting firms being put under consideration. In addition to a company’s audit committee’s responsibility in reviewing the performance of an auditor, there are a couple of bodies like standard setters and regulators that play a major role in audit profession oversight as well as the monitoring of the quality of audits.

In the UAE, an audit is one of the most expensive among the different kinds of financial statement evaluations. Due to the cost, a lot of companies attempt in downgrading to compilation or review; however, this is only for report recipients. If you want to make sure you get the best value for your money as well as high quality audit for statements of profit and loss, call Farahat & Co. Today! We would love to hear about your specific audit needs and requirements.

Home » Blog » Auditing and Assurance » Audit for Profit and Loss Statements in UAE: Why It Is Needed