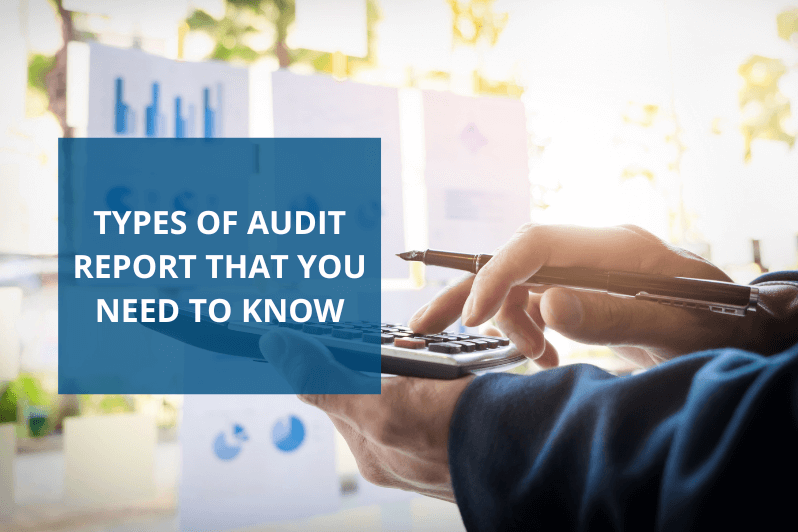 Financial statements need to be audited as per the mandate of the UAE government. Companies in the mainland are required to do this annually. Most businesses in the world are not particularly fond of the audit, sighting it as tedious and pressuring. Everybody wants to be found as following the acceptable accounting standards because it is a big benefit for their side. Hence, it is not easy to try to be calm when the future of this big benefit lies in an audit.

Lenders and creditors mainly look at a company’s audited financial statements to ensure that what they present themselves to be in regards to their financial status is actually legitimate.

This is why businessmen and businesswomen should be aware of the four types of audit reports for them to know what they are looking at when they are reviewing the report from auditors in Dubai.

This simply consists of the results from the audit performed.

Audit firms in Dubai write everything about the audit that they have accomplished. This includes their and the company’s responsibility, the scope of the audit, the issues found, and suggested solutions to the said issues. This report is then given to the higher-ups of a company audited for them to review and read.

This is an important piece of the document because of the valuable information that it contains. This report is categorized into four parts.

Read More : What to Look for When Choosing an Auditing Firm?.

What are the Four Types of Audit Reports?

An unqualified opinion or clean report is what companies want to see on their audit reports. This is called a clean report for a reason. The auditor assigned to the audit writes about the fair and correct representation of a company’s records on their financial statements. It means that they follow the accounting standards required and do not hide any important facts or information.

This opinion is an auditor’s assumption in the sense that they write what they see about your conformity with the accepted accounting principles and legal requirements. What it does not do is reveal the economic condition of a company.

This is the kind of report that is often differentiated from the first one above. Although they are almost the same, they have distinct differences. This report does state the fairness and correctness of their financial statements apart from other areas. If a report has an unqualified opinion, the auditor dealt with all the things needed to be dealt with but there are a few matters that are exceptions because of certain reasons.

These reasons can be because of limitation of scope in the job of an auditor, and it can be that disagreement is palpable between the two—management and auditor.

It should be noted though that a qualified report denotes a decline in business. This is because their financial statements are not found to be transparent.

This kind of report is also not a good sign for a company because this means that the auditor didn’t have the right opportunity that they need to perform the tasks that he needed to perform as per the scope of the audit.

This happens when there is a lack of assistance on the company’s management side, lack of information given, inappropriate maintenance of financial records, etc.

This is considered to be the worst of all the reports mentioned above. This report tells everybody that will see the report that the company’s financial statements have a gross misstatement and even a possible fraud.

The worst type of financial report that can be issued to a business is an adverse opinion. This indicates that the firm’s financial records do not conform to GAAP. In addition, the financial records provided by the business have been grossly misrepresented. Although this may occur by error, it is often an indication of fraud. When this type of report is issued, a company must correct its financial statement and have it re-audited, as investors, lenders, and other requesting parties will generally not accept it.

Read More : Facts You Should Know About Fraud Auditing.

Where Can You See the Auditor’s Opinion in the Audit Report?

An audit report shows many segments but three major sections. Every audit report has an introduction about the audit that was performed, then the following sections will show:

Second section: the auditor explains what their responsibility is and the nature of the audit. This section clarifies that only the financial statements and internal controls are assessed.

Third section: This is where the opinion can be found by the readers.

You can discuss the concerns you have about the annual audit. Farhat & Co. top audit firm in Dubai will provide you with the information you need about it. Our regulated auditors in UAE will assist you as well.