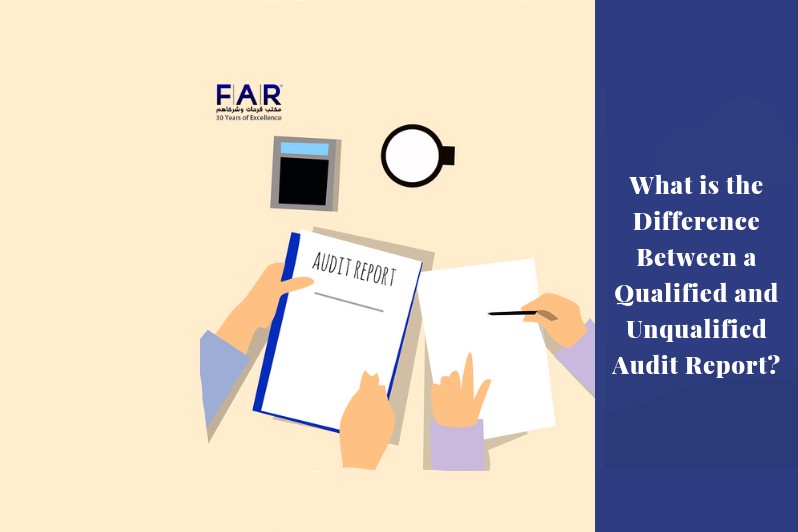 Audited financial statements are what banks, investors, financial institutions, and creditors look for when businessmen come forward to them for loans or investments. Although this may be tedious and tensed, it is essential for companies to have them.

It is important for businessmen and women to know the difference between the two audit reports: qualified and unqualified. But before we can differentiate the two, we must define what an audit report is.

For premium auditing services in UAE? Click here to send an inquiry.

What is an Audit Report?

A report of an auditor is an important part of an audit for it contains valuable information from the auditor himself or herself. This report can either be a qualified or unqualified report.

There are a couple of things that are shown in an audit report. After an introduction about an audit that is performed, it has three major segments that contain the details. The following sections are present in an audit report:

6 things you should Prepare for your Auditors in Dubai

Difference Between a Qualified and Unqualified Audit Report

This is also known as a clean report and is considered to be the most common type of audit report. In this report, an auditor assigned in an audit simply states that a company’s financial statements that have been audited are fairly and correctly presented on their records. It is also stated there that important facts are not hidden and it complies with the accounting standards.

This is a report that shows an auditor’s assumptions that your business has followed conformity with accepted accounting principles and legal requirements. However, this report does not reveal anything about your business is in good standing economically. The unqualified report only states that your financial statements are correct and do not have any important details hidden.

This is a kind of report that states that a company’s financial records are fairly presented aside from certain area/s. It means that most things related to audit have been dealt with except for a few matters at hand. It is basically saying to anyone who needs to know that the company in question has accounting methods that do not follow the accounting standards.

An audit report can be unqualified if there is a limitation of scope in the work of an auditor. Aside from that, it is also possible that there is a disagreement between two parties (auditor and management).

However, it should be noted that having a qualified audit report is a sign that a business is deteriorating as it only means that a company’s financial statements are not found to be transparent.

4 Types of Audit Report that You Need to Know

What is the Distinct Difference between the Two?

The distinct difference between a qualified and unqualified report that separates them from each other is simply the wording in the letter.

In an unqualified report, an auditor will state something along the lines of, “In our opinion, the financial statements give a true and fair view of the financial position of ABC Inc. as of…”

On the other hand, a qualified report will have something along the line of, “In our opinion, with the exception of some areas, the financial statements give a true and fair view of the financial position of ABC Inc. as of…”

What to Look for When Choosing an Auditing Firm?

Farahat & Co is one of the audit firm in Dubai. We are a team of experienced and knowledgeable auditors in Dubai that has handled different kinds of cases from small to great. We deliver the quality service that each client needs.

We are always updated as being on the loop with new updates that the government lays down. Hence, our information is always on point, so we can provide you with the correct ones wherever and whenever you need.

Home » Blog » Auditing and Assurance » What is the Difference Between a Qualified and Unqualified Audit Report?