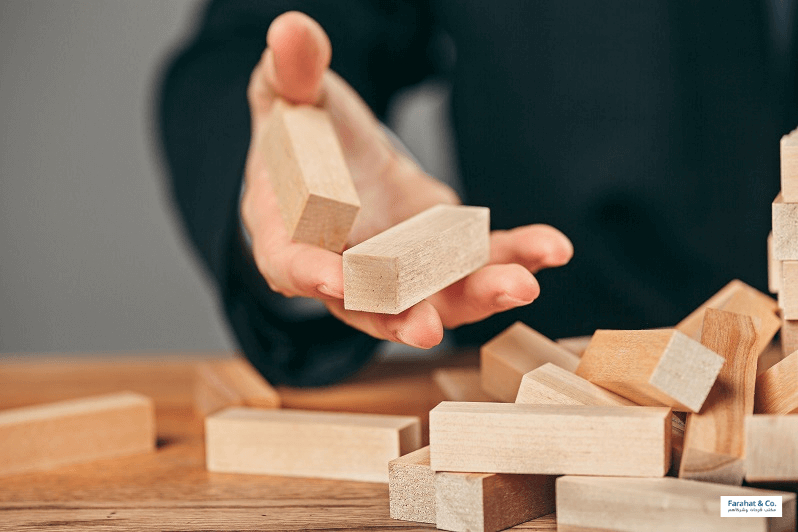 The Commercial Companies Law in the United Arab Emirates aims to develop businesses, the capabilities of the state and its economic position to regulate companies in accordance with global changes, especially with regard to regulating governance rules, protecting the rights of shareholders and partners, supporting the flow of foreign investment, and promoting corporate social responsibility. For the liquidation of companies, the provisions contained in Federal Law No. 2 of 2015 regarding commercial companies, as amended by Federal Decree-Law No. (7) of 2018 amending some provisions of Commercial Companies Law No. 2 of 2015, unless another method of company liquidation is stipulated in the company’s contract or articles of association. Unless the partners agree otherwise.

What is Company Liquidation?

The company liquidation is defined as the set of operations that aim to end its business and distribute all its assets to the claimants, as well as distributing the remaining assets, if any, to the partners and creditors.

The liquidation of companies also means the termination of all their commercial operations by selling assets or transferring all their shares.

What Are the Types of Company Liquidation in UAE?

Read More : Voluntary Liquidation in UAE : Everything You Must Know About.

General Assembly Resolution to Liquidate Companies in the UAE.

In the event that the cancellation was by a decision and the consent of the partners, the minutes of the general assembly meeting must be prepared to state the cancellation of the commercial license. The partners decide to dissolve and liquidate the company at the company’s extraordinary general assembly. The legal liquidator is then appointed and the decision is documented with the notary public.

The Mechanism of Voting on the Decisions of the General Assembly

Each partner has the right to attend the meetings of the general assembly and has the right to represent him with special authorization, another partner other than the managers or any other party that the articles of incorporation permits his appointment to represent the partner in the general assembly, and each partner has a number of votes in proportion to the shares he owns.

There is a quorum to convene and vote on the decisions of the General Assembly:

Stipulations in the Decision of General Assembly to Liquidate the Company

Among the most important things that must be stipulated in the general assembly’s decision to liquidate the company are the following:

Appointment and Duties of the Company Liquidator

The process of liquidating companies in the Emirates shall be carried out by one or more liquidators appointed by the partners of the concerned company or issued by a decision of the General Assembly or its representative, provided that the liquidator is not currently an auditor of the company’s accounts or has previously audited its accounts during the five years prior to his appointment as liquidator.

In the event of multiple liquidators, their actions shall not be valid unless they are taken with their unanimous consent unless the contrary is stipulated in their appointment document.

The main duties of the company’s liquidator are:

Among the duties of the liquidator, he must do all that is necessary to preserve the company’s funds and rights. So, he must:

Read More : What are the Roles and Duties of a Liquidator?

The liquidator must complete his mission within the period specified in his appointment document. If the period is not specified, each partner may refer the matter to the competent court to determine the liquidation period. This period may not be extended except by a decision of the partners or a special decision of the general assembly, as the case may be, after perusal of a report from the liquidator stating the reasons that prevented the completion of the company liquidation on time. If the liquidation period is fixed by the competent court, it cannot be extended without its permission. The liquidator must submit to all partners or the general assembly a temporary account of the liquidation activities every three months. He shall provide the information or data requested by the partners on the status of the liquidation, and the liquidator shall, within one week of the approval of the General Assembly, notify the partners that they must receive their dues within a period not exceeding twenty-one days by virtue of an announcement published in two daily local newspapers, one of which is published in Arabic.

Presenting a final account to the partners, the general assembly or the competent court for the company liquidation work, so that these works end with the approval of the final account.

After paying the company’s debts, each partner receives, after dividing, an amount equal to the value of the share he submitted from the capital, and the remainder of the company’s money is divided among the partners in proportion to the share of each of them in the profit competent.

In the event that the company’s net funds are not sufficient to meet the partners’ shares in full, the loss shall be distributed among them according to the prescribed ratio.

It is worth noting that the liquidator is responsible if he mismanages the company’s affairs during the liquidation period, and he is also asked for compensation for the damage caused to others due to his professional mistakes in the liquidation process.

Why Choose Farahat & Co for Liquidation in UAE?

At Farahat & Co, we offer top-notch company liquidation services in Dubai and all over UAE by experts in the field. We also provide liquidators to take care of all the legal processes involved in the liquidation of your company.