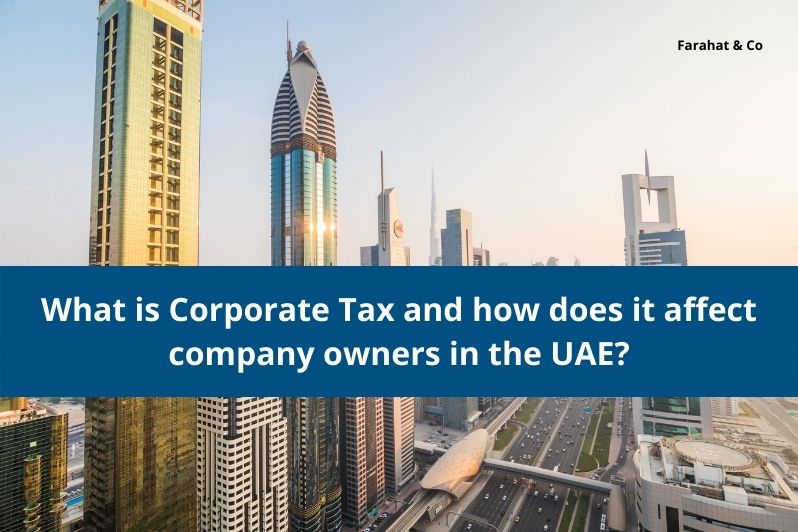 It has been a long time now that Gulf economies have kept their taxes low or zero to attract international investors and company owners. The GCC continues to be an attractive location for global investment owing to the region’s generally favorable tax regimes. Nonetheless, several changes have been implemented to diversify the region’s income streams while decreasing reliance on traditional revenue sources. Value-added taxes have already been declared in certain nations, while other countries introduce new tax structures.

How is corporate tax defined? How does this affect expatriates?

Corporate tax is a kind of direct tax applied to corporate earnings. Business owners are required to pay taxes on their production, employees, property, and environmental effect, in addition to their revenue. Corporate tax is levied on non-residents who do business in a GCC nation via a permanent establishment.

Corporate tax is also owed in several GCC nations by entrepreneurs or company owners in various sectors, most notably oil and finance. Additionally, many government fines and levies are levied throughout the region’s commercial sectors.

Why is there such a strong push in favor of taxes?

Although personal income taxation is still unheard of in the Gulf, several nations have implemented a value-added tax on consumption, with Saudi Arabia increasing the rate to 15% in 2021.

As nations compete for inbound foreign investment, corporate tax rates have been declining globally, from over 50% to approximately 20%. On the other hand, the GCC is an anomaly since these taxes are being implemented for the first time.

Four of the GCC’s six member states have corporate tax systems, ranging from 10% in Qatar to 15% in Kuwait and Oman to 20% in Saudi Arabia. The UAE announced implementing a 9% corporate tax in UAE on company earnings beginning June 1, 2023. Bahrain is also considering using it in 2023.

When it comes to oil and gas exploration and production and the offices of international banks operating in the United Arab Emirates (UAE), certain individual Emirates have imposed a limited corporate tax at rates up to 55%. In contrast, there is no corporate tax in UAE.

What role does corporation tax play in the economies of the Gulf Cooperation Council (GCC)?

Corporate tax rates vary significantly among nations, with certain countries regarded as tax havens owing to their low rates. Different deductions may reduce corporate taxes. Therefore, the effective corporate tax rate, or the rate a firm pays, is generally lower than the statutory rate, the declared rate before any deductions.

The distinction between corporate tax and VAT

Taxation is the primary source of income for the vast majority of governments on the planet. While taxes usually assist governments in raising more revenue and funding public spending, there is a significant distinction between corporation taxes such as direct and VAT such as indirect taxes and excise taxes.

VAT and excise taxes are indirect taxes collected on behalf of the government by companies. They are supposed to be consumption taxes paid by the ultimate consumer. The non-existence of a corporation tax makes the nation particularly appealing to enterprises that operate or want to invest. VAT and excise tax was a popular decision for these reasons, and direct taxes on enterprises have generally been minimal.

Double taxation treaties (DTTs) between the Gulf Cooperation Council nations (GCC) and other countries are increasing. The UAE has treaties with 112 countries; Kuwait 82; Qatar 60; Saudi Arabia 51; Oman 31; and Bahrain 44. More countries are likely to join the international tax treaty network.

Non-residents who set up permanent operations in other countries or reduce their withholding tax exposure in the four GCC nations benefit significantly from tax treaties. For non-residents of the United Arab Emirates, there is no withholding tax or other kinds of taxes.

In the majority of nations, employment income is subject to tax withholding. Numerous countries also impose withholding taxes on interest and dividend payments.

Companies in the Gulf Cooperation Council (GCC) nations have begun utilizing online portals to submit their tax filings, contracts, and other documents. It makes it easier for tax authorities to cross-verify data and begins tax audits when there are inconsistencies compared to approve norms.

How Farahat & Co. may assist you?

Whether you own a small business or a big corporation, paying the proper amount of tax is critical. Knowing the laws and regulations relating to corporate tax in UAE can help you pay the proper amount. However, owning a company requires a lot of considerations, and keeping up with changes in tax legislation may be complex and time-consuming. So it would help if you got tax counsel from professionals in the industry. For further information about our Corporate Tax in UAE, don’t hesitate to contact Farahat & Co. Our staff has provided specialized tax services for various firms in the area and has shown expertise in UAE tax challenges.