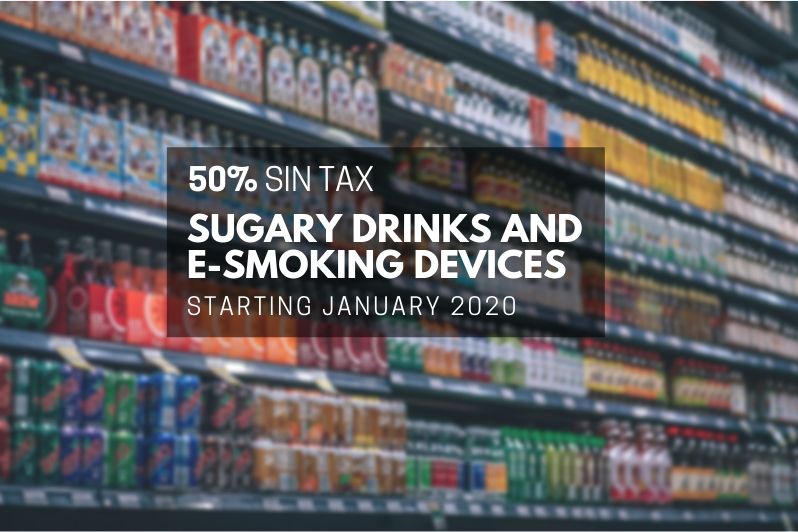 The UAE Cabinet recently announced their decision in expanding the list of products imposed with excise tax to include sugary drinks, sweetened beverages, and e-smoking devices. This will be implemented by the 1st of January, 2020.

According to the General Secretariat of the Cabinet, this decision is to support the efforts of the UAE government in enhancing public health and preventing the occurrence of chronic diseases that are linked directly to tobacco and sugar consumption.

From the statement of the administrative office, 50 percent tax is to be levied on products with added sugar and sweeteners, may they be in liquid, powder, extract, beverage, or concentrate form. Furthermore, manufacturers are required to present sugar content of products clearly to ensure consumers make healthier or more sensible choices.

As for electronic smoking products, 100% tax is imposed regardless of whether they contain nicotine or not. This includes liquids or juices used together with e-smoking devices. As with the imposition of sin tax on sweetened beverages, the increase in tax levied on the devices is aimed at deterring the general public in consuming products that are considered harmful, including to the environment.

A Dubai-based nutritionist and clinical dietitian, Mitun De Sarkar, asserted that the approval to this proposal is a welcomed move as e-smoking devices and added sugar in drinks can hastens the decline of our bodies’ functional capacity. Most parents will now be hesitant to spend more money on products that don’t provide any nutrition.

“It will definitely dissuade the purchase not just of sodas and canned juices but also of cookies, yogurts, ice creams, doughnuts, pies, cakes, candies, and pastries. I think it is a great initiative taken by the government as more consumers will be aware of sugar’s health repercussions. Now that the government has taken a stance with regards to added sugar, the public is refrained from developing a debilitating lifestyle disease. E-smoking devices, on the other hand, will still be purchased by those who can afford them, but the increase in cost can stop youngsters from making smoking a habit,” she said.

In the first fifteen months since tax was introduced on energy drinks, manufacturers reported a drop in sales by more than 50 percent.

Tax agents specializing in excise tax in Dubai advise UAE businesses to expedite their processes as the date of excise tax implementation on the products won’t provide enough time for companies in upgrading their systems, preparing for the new introduction of levies, and educating employees.

Excise duty, also referred to as sin tax, was first implemented in UAE last October of 2017. The first phase involved the imposition of 50% tax on energy, sugary, and carbonated drinks and 100% on tobacco products. The second phase involved the implementation of 5% value added tax (VAT), which was introduced on the 1st of January, 2018.

The latest update on tax legislation in UAE is an extension to the initial introduction last 2017. Taxes in the UAE are introduced to prevent the increase in cases of obesity and diabetes in the country and boost state revenue with the drop of oil prices.

The UAE enjoys a high tax compliance rate of nearly 100%, which has generated approximately Dhs 7 billion in revenue for the federal budget. UAE government also raised Dhs 27 billion from the implementation of VAT on taxable goods and services. With the new items added to the sin tax list, revenue is expected to see an even bigger increase in the following years.