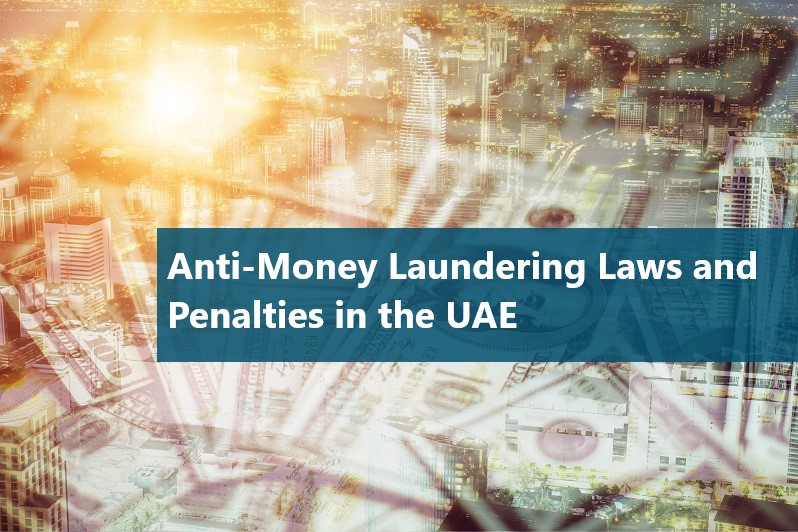 Following a number of suggestions made by the Financial Action Task Force (“FATF”), the UAE published the Federal Decree-Law No. 20 of 2018 on Anti-Money Laundering and Combatting the Financing of Terrorism and Illegal Organizations (the “AML Law”) in October 2018.

The AML Law has introduced a number of concepts that are aimed at developing the effectiveness of the UAE government in detecting and putting a stop to financial crimes and terror financing.

This article will discuss the most salient aspects of the AML Law as well as any penalties flowing from its contravention.

Some of the most notable punishments laid down for contravention of the provisions of the AML Law are as follows:

In accordance with Article 22 of the AML Law, any person who commits or attempts to commit the crime of Money Laundering as defined in Article 2(1) of the AML Law shall be sentenced to imprisonment for a period of not more than 10 years and/or shall be subject to a fine of between one hundred thousand and five million dirhams.

Furthermore, any person found guilty using the proceeds of terror financing shall be sentenced to life imprisonment or temporary imprisonment not exceeding a period of ten years and a fine of between three hundred thousand dirhams and ten million dirhams.

Article 23 of the AML Law provides that in instances where manager or representatives of companies found guilty of AML offences may face hefty fines of between five hundred thousand and fifty million dirhams, and in instances where the crime is related to terrorist financing, the court will make an order for the dissolution of the company and the closure of the offices where the criminal activity took place.

Article 24 provides that the failure to report a suspicious transaction to the FIU, whether willfully or by gross negligence, may lead to imprisonment and/or a fine of between one hundred thousand dirhams and one million dirhams.

Article 25 provides that any person who warns a person or reveals any suspicious transaction under review or investigation shall be liable for imprisonment for a period of at least six months and/or a penalty of between one hundred thousand and five hundred thousand dirhams.

To discuss with our Anti-Money Laundering Compliance (AML Compliance )team how we can help ensure your business to relevant AML regulations, call us today!